The United States Fish and Wildlife Service (USFWS) protects critically imperiled species from extinction by regulating harm (or “Take”) of listed animals and their habitat through the regulations set forth in the EndangeredSpecies Act of 1973 (ESA). Additionally state wildlife resource agencies further regulate the harm of species that occur in low numbers within the state borders. As protection for listed species the USFWS has established a coordination and permitting structure that project proponents need to comply with to ensure that no harm is done to an already imperiled species. EnviroScience biologists are highly familiar with the coordination process and the surveys that may be required as a result. We have experience with projects of all types and sizes across the range of listed U.S. endangered bats. Our clients include federal, state and local government agencies, coal, energy and industry companies, transportation departments, developers, and private companies. EnviroScience endangered bat survey capabilities include:

EnviroScience highly recommends initiating the coordination process with both the USFWS and state agencies as soon as possible in the project planning process to avoid delays or other restrictions to project completion. Listed endangered bats for which coordination may be necessary include the Indiana bat, Northern Long-eared bat, Virginia Big-eared bat, and the Gray bat, as detailed below. EnviroScience can assist with coordination and surveys for these and any other bat as needed. The Indiana bat (Myotis sodalis) is a medium-sized bat which was listed as a federally endangered species by the United States Fish and Wildlife Service (USFWS) in 1967. As a listed species activities that may have an effect on the species are regulated by the USFWS. The Indiana bat is considered a cave dwelling bat, in that it hibernates in caves during cold winter months. In the warmer spring and summer months the Indiana Bat uses forested habitats across its range to roost, forage, and rear young. Because of their summer use of forested habitats, projects that involve clearing or removal of trees or other potential habitats must go through coordination with the USFWS.

The Virginia Big-eared bat (Corynorhinus townsendii virginianus; VBEB) is a medium-sized bat with long ears and distinct facial glands around its snout. The VBEB was listed as a federally endangered species by the USFWS in 1979. It occurs in a very small range including select counties in Kentucky, North Carolina, Virginia, and West Virginia. The VBEB lives in caves, usually associated with oak-hickory or beech-maple-hemlock forested areas, in both the winter and summer. As a listed species activities that may have an effect on the species or their habitat are regulated by the USFWS and state agencies.

The Ozark Big-eared bat (Corynorhinus townsendii ingens; OBEB) is another medium-sized bat with long ears and distinct facial glands around its snout. The OBEB was listed as a federally endangered species by the USFWS in 1979. It is endemic to the Ozark Highlands and Boston Mountains in Arkansas, Missouri, and Oklahoma. The OBEB lives in limestone and sandstone talus caves year round, usually associated with oak-hickory hardwood forested areas. As a listed species activities that may have an effect on the species or their habitat are regulated by the USFWS and state agencies.

The Northern Long-eared bat (Myotis septentrionalis; NLEB) is also a medium-sized bat which closely resembles the Indiana bat in physical and behavioral characteristics, but has long ears that extend past the snout when pashed forward. The NLEB is also a cave dwelling bat that hibernates in caves during the winter months, then roosts and rears young in forests across its range in the spring and summer. In response to a disease called White Nose Syndrome (WNS), which is a fungus that depletes the energy reserves of hibernating bats and causes mortality upon arousal from hibernation, the USFWS listed the NLEB as federally threatened with an interim 4(d) rule on May 4, 2015. The listing of the species as threatened with an interim 4(d)
rule affords the NLEB all the protections of an endangered species, but with take exemptions for certain activities,  including forest management practices, limited right of way maintenance and expansion, prairie habitat management, hazardous tree removal, and limited tree clearing projects (≤1 acre), that comply with general conservation measures of avoiding activities within 0.25 miles of a known hibernacula, and avoiding  cutting of trees within 0.25 miles of known roosts. All other activities are subject to permitting, which may involve seasonal clearing, survey or other habitat analysis. The Gray bat (Myotis grisescens) is another medium-sized bat of the Myotis genus which was listed as a federally endangered species by the USFWS in 1976. Similar to the Indiana and Northern Long-eared bats, but larger and with a uniform gray pelage. The Gray bat occupies caves year round, cold caves in the winter and warm caves in the summer. Foraging is usually associated with rivers, streams, lakes, or reservoirs. As a listed species activities that may have an effect on the species are regulated by the USFWS. 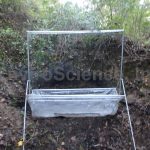 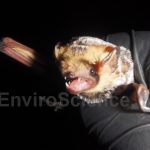 Our experts are here to discuss your needs and how we can help you move your project forward. Fill out the form below for more information on our services or to request a quote and we’ll get back to you within 24 hours. If you need a response within an hour or less, please call us at 800-940-4025.